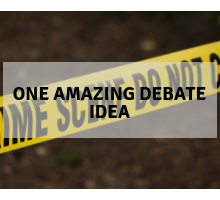 I always need new ways to generate deep and thoughtful debate with my students. This one, is one of my favourites. This activity is called ‘Kill the Question’ and works as a quasi-CSI style lesson where students investigate a ‘question’ and decide whether to ‘kill’ it or ‘resurrect’ it. 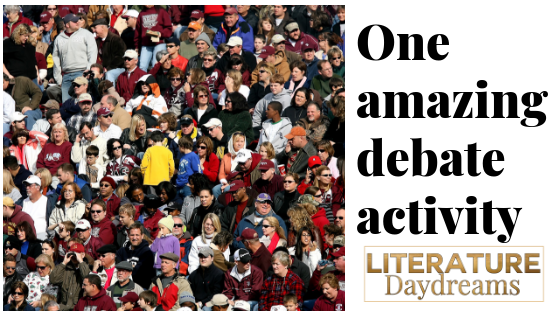 Working up to it:

My senior Literature class needed to prepare for an extended essay by reviewing some great philosophers.  So prior to this lesson, students had worked in groups to research and present on a specific philosopher, or a period of history that saw some great advances in philosophical thinking.

Kill the Question is based on CSI,  students gather evidence that enables us to debate on something more than opinion. 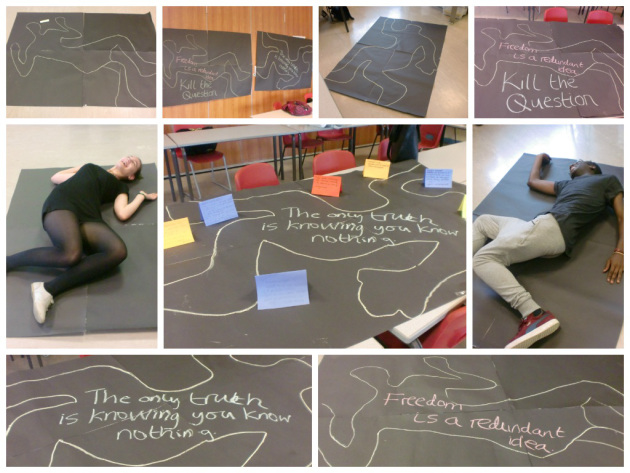 You can see from the image above that we “killed” two ideas: “the only truth is knowing you know nothing”, and “freedom is a redundant idea”.

Once I had introduced the 2 ideas, students returned to their philosopher research groups. I allocated each group cards of a specific colour.  They then used their prior presentation work to create evidence for or against this idea.

The students’ evidence was placed around the idea. We then debated it from the standpoint of each philosopher, what they might say to “kill” or indeed “resurrect” this idea.

I found that my students were able to make extended comments because they had prepared. But more importantly, they were able to tackle with the nuances and subtleties in each idea. They weren’t just talking out of their own experience or their own opinion. 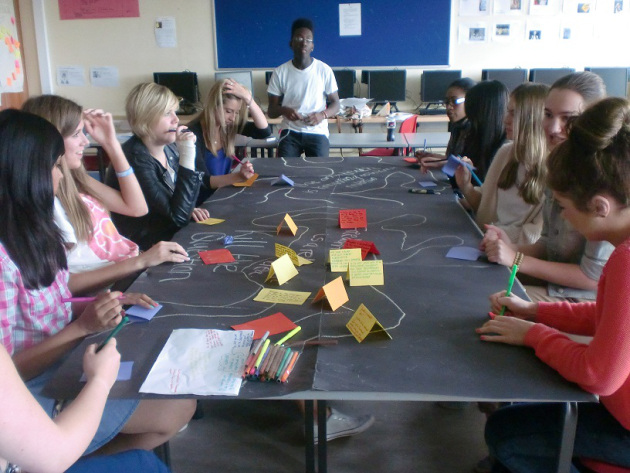 Killing the Question with a literature text

It was then that I realised I wanted to try this activity with my younger pupils.

Speaking and listening is no longer a tested skill for us, but it is so important to develop thinking (and communication) skills. I thought Kill the Question would also be a great way to get my students thinking in more depth about a novel.

After all, think of the connections that students could make – links to themes, character and setting, links to context, links to other texts and writers. 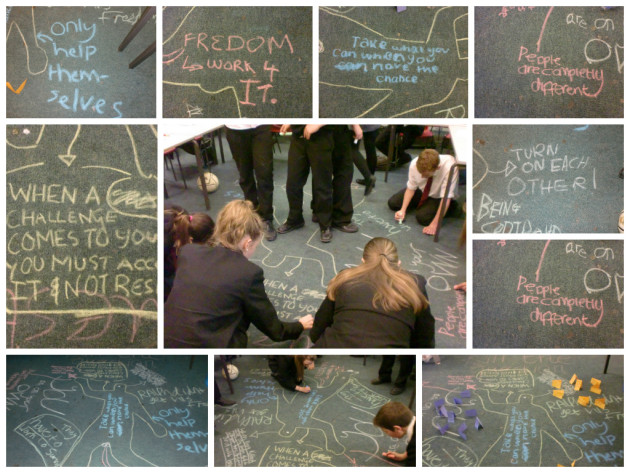 My year 9 students were studying Lord of the Flies and Battle Royale and we took the bold step of using chalk on the carpet in my classroom to create our debate bodies!  Note – it did come off eventually, but only I after I scrubbed it…

This time students were given different colour evidence cards to represent a variety of approaches to this quote.

To begin I allowed students to write their “first response” to this idea on the carpet in chalk. Another learning point for me here: don’t even bother trying to discourage teenagers from making your dead body anatomically correct!.   I was pleased and surprised that I got a full range of responses, not just what they thought I wanted to hear, but what they really thought.

After this, I put students into small groups and gave them each a non-fiction text that in some way added evidence to the idea.  I had an in-depth article about the science of the murder gene, another on nature vs nurture, one on dictators and the world history of rebellion.

Students worked together reading this texts, summarising and annotating, then they chose evidence to support or oppose Malcolm X’s idea.   Their evidence was placed on different colour cards and placed around the body.

We began to discuss it, we debated every piece of evidence we had gathered so far. Again the results were really encouraging, students were presenting real arguments using a variety of evidence. They had to acknowledge counter-arguments and justify their reasoning.

Finally, I have each student some green cards, I asked them to find evidence from either of the texts we were studying (most chose Lord of the Flies) or from the contextual evidence we had gathered about Golding and Takami. Again, we then together looked at each piece of evidence.

As a class, we weighed it against our own thinking, what we felt to be true and we created a collection we were happy with.

The additional end benefit of this entire activity was that my students had, in essence, planned out an essay. Our cards and debate record became a very detailed essay plan. 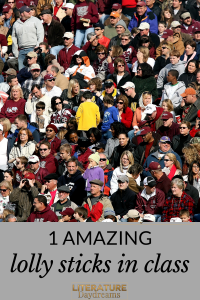